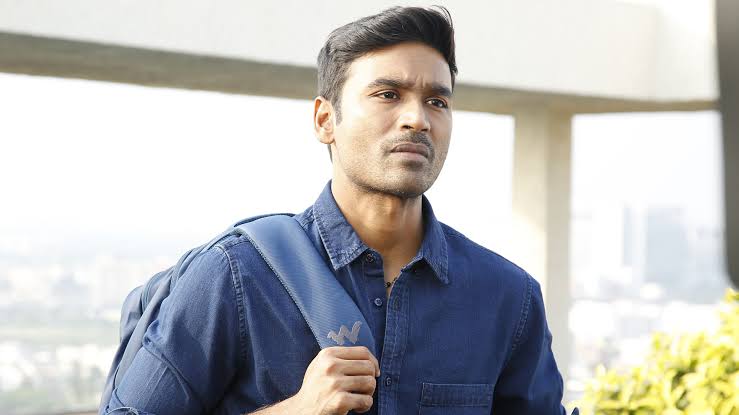 Dhanush is an Indian film actor, his real name is Venkatesh Prabhu Kasturi Raja. Apart from being a film actor, He is a good director, producer, dancer, and playback singer, who mostly works in Tamil cinema. He has acted in 46 films during his career so far. Let us give you some quick information about Dhanush.

Dhanush was born in Madras (now Chennai) by the name Venkatesh Prabhu. His father’s name is Kasturi Raja, who is a film director and producer. He also has an elder brother named Selvaraghavan, who is also a film director.
On November 8, 2004, Dhanush married Aishwarya, the elder daughter of South’s superstar Rajinikanth. They have two sons, Yatra and Linga, born in 2006 and 2010 respectively.
But recently, on January 17, 2022, Dhanush posted on social media and told that they are going to separate Now. Aishwarya also posts on social media about their Divorce. The couple ended their 18-year-old relationship.

Dhanush started his acting career with the 2002 film Thulluvadho Ilamai. This film was directed by His father Kasturi Raja. The film proved to be a blockbuster and Dhanush became an overnight star.
After this, he acted in his brother Selvaraghavan’s first directed film Kaadhal Kondein which proved to be a super hit. And this was his biggest breakthrough in Tamil cinema. After two films became a hit, his next film was Thiruda Thirudi.
He worked in Tamil cinema till 2011 but after 2011 he got amazing success in cinema and for the last 9 years, he is sitting in Tamil cinema. Meaning Dhanush got proper success in Tamil cinema after 2011.
his film 3 (Three) was released in 2011. In this, Shruti Haasan was seen with Dhanush, this film was directed by his wife Aishwarya, the song of this film ‘Why this Kolaveri’ became very popular. This year he also got many awards from the film industry.
Since then, he has given blockbuster films like Maari, Maari 2, Wada Chennai, Asuran, Pattas, Karnan, Jagame Thandhiram, etc. Recently his Bollywood film Atrangi Re with Akshay Kumar and Sara Ali Khan has been released.

Below we have told some interesting facts about Dhanush.

Hope you have liked the information given in this article about Dhanush: Age, Height, Wife Name, Family, Networth, filmography, Career, Biography, Wiki. Do share it with your friends. Keep visiting Pagal Movie to read the latest about Movies, Celebrities, TV shows, and web series.

What is the Real Name of Dhanush?

What is Dhanush Age?

Who is Dhanush’s wife?

What is the name of Dhanush’s wife?

What is Dhanush Height?

What is the Total Networth of Dhanush?

According to Report, Dhanush Has an Rs. 170 Crores Networth.

What are the Fees per film Dhanush takes?

Who is the Girlfriend of Dhanush?

Aishwarya R. Dhanush was a Wife of Dhanush, on 17 January 2022 Both Couple Decide to Separate.

What is Nick’s Name of Dhanush?

Dhanush is Known as the ‘Ilaiya Superstar’ of Tamil Cinema.