'Jai Bhim' controversy: Complaint against leader who announced to give one lakh to those who attacked Surya

'Jai Bhim' controversy: Complaint against leader who announced to give one lakh to those who attacked Surya. controversy on Surya's film Jai Bhim

'Jai Bhim' controversy: Complaint against leader who announced to give one lakh to those who attacked Surya. 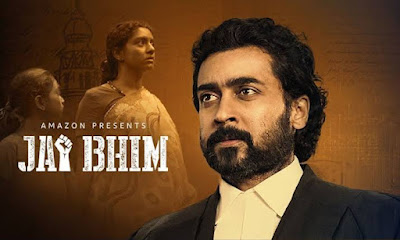 The controversy over Telugu star Surya's film 'Jai Bhim' is growing. A leader of the political party Pattali Makkal Kochi (PMK) had announced to give Rs 1 lakh cash to the person who attacked Surya. Since then, the Tamil Nadu police have been in action. Security at the actor's home has been beefed up. Police have lodged a complaint against the leader. The controversy over the film 'Jai Bhim' is due to the character of the Vaniyar community. The film has been acclaimed by fans and critics alike. On the other hand, even after the controversy, the industry has supported the filmmakers and Surya.

According to media reports, Mayiladuthurai police have registered a case against PMK district secretary Sitamalli Palanisamy for threatening Surya under non-bailable clauses. If Sitamalli is arrested, he will not get bail.

Police security has been beefed up at Surya's home in Chennai. The film is also being discussed in political parties. Viduthalai Chiruthaigal Katchi (VCK) party president Thol Tirumvalvan said, "This kind of controversy arises when the PMK seems to be losing its political presence. They are not only threatening the sun, but also a threat to democracy and the constitution. All democratic parties in Tamil Nadu oppose PMK. The police should take strict action against those who engage in such anti-social activities. 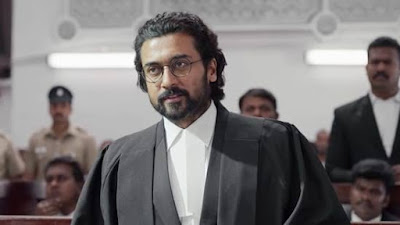 The PMK has claimed that 'Jai Bhim' has tarnished the image of its party. The controversy over the film started when Surya appealed for politics. Amidst the controversy, some media users have endorsed Surya.

The Vanniyar Sangam, up in arms against actor #Suriya for the alleged controversial portrayal of the community in #JaiBhim, has approached the Centre and the state government not to consider the movie for any appreciation, recognition or award.https://t.co/K0ANKrC2Qr

Super proud of you @Suriya_offl sir and the whole team of #JaiBhim
A must watch indeed...
🔥🔥🙏🙏 helplessness,Aggression,anger,cry all the emotions came out while watching the movie https://t.co/F0LdHbclfU pic.twitter.com/nTNMH5gSnl

Surya thanked everyone after the support received in Social Media. He said, your love for 'Jai Bhim' is abundant. I've never seen this before. I have no words to thank you for the trust and reassurance you have given me. Thank you so much for standing with us.'

Dear all, this love for #Jaibhim is overwhelming. I’ve never witnessed this before! Can’t express in words how thankful I am for the trust & reassurance you all have given us. Heartfelt thanks for standing by us ✊🏼